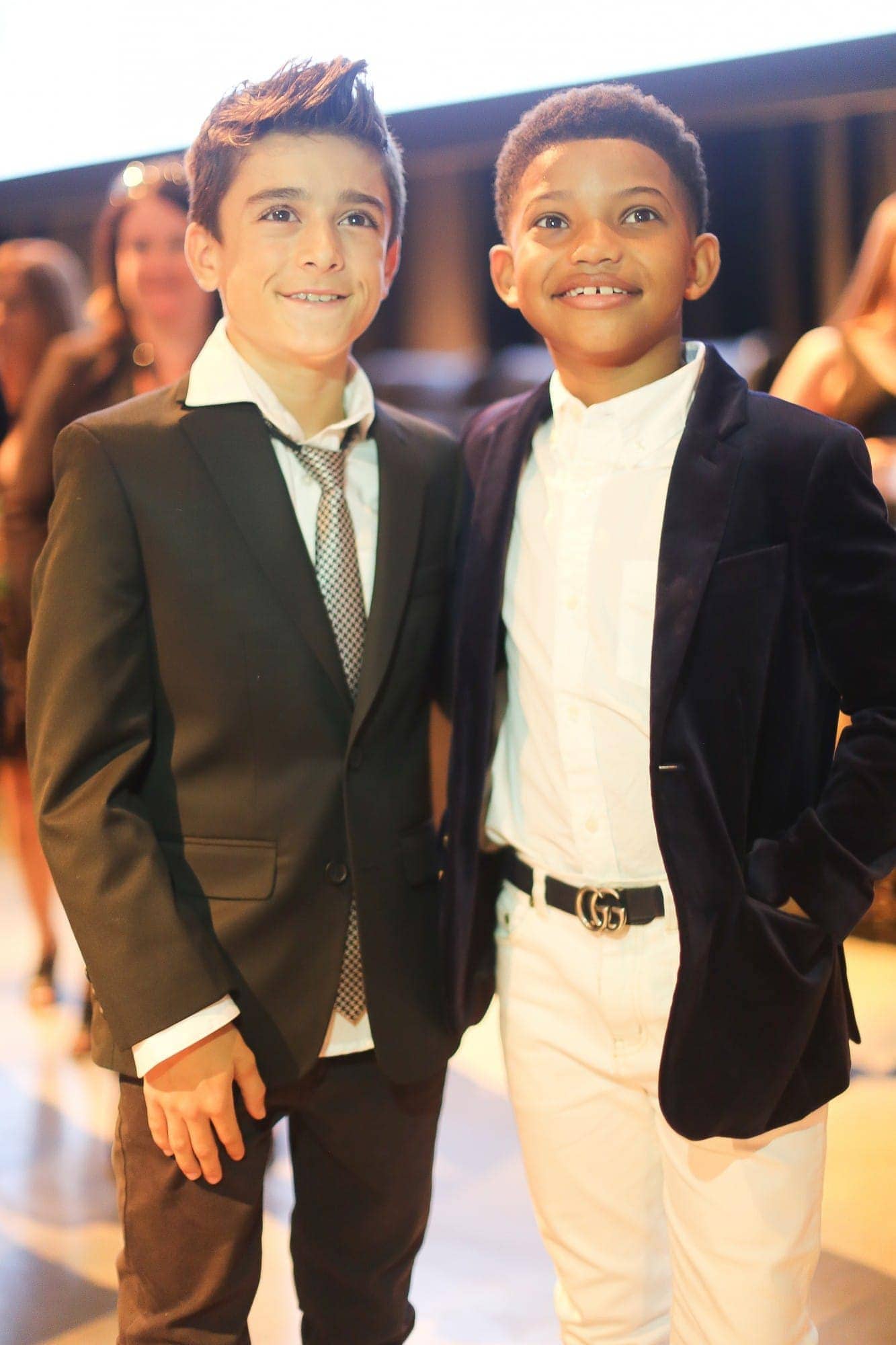 “This Is Us” kicked off Season 2 with an endless stream of tear-worthy scenes. Fans clutched countless boxes of tissues while trying to stay composed. We finally received a clue into Jack Pearson’s death and there wasn’t a dry eye at Tuesday’s premiere. “This Is Us” Season 2 continues to win with real-life storylines that nearly everyone can relate to.

After the show, during the Q&A with the cast and crew at NeueHouse Hollywood, Sterling Brown, who plays Randall, talked about his character’s desire to adopt a baby boy. Randall didn’t stop to think about his wife Beth, played by Susan Watson, and her concerns over the idea of adoption and how it would impact their family.

I can relate to this because my husband and I have differing opinions on our own son. Jackson has an equal love for both acting and sports. While mom pushes the acting, dad hones in on athletics. Bobby and I have had multiple conversations on what path Jackson should take. We finally decided that Jackson needs to choose his own route. Perhaps he will continue both, only time will tell. Either way, my husband and I have opted to take a step back and just enjoy the ride. Jackson thrives in both areas, but I am sure there will come a day where he will have to choose one over the other, despite the path each parent would prefer that he take. 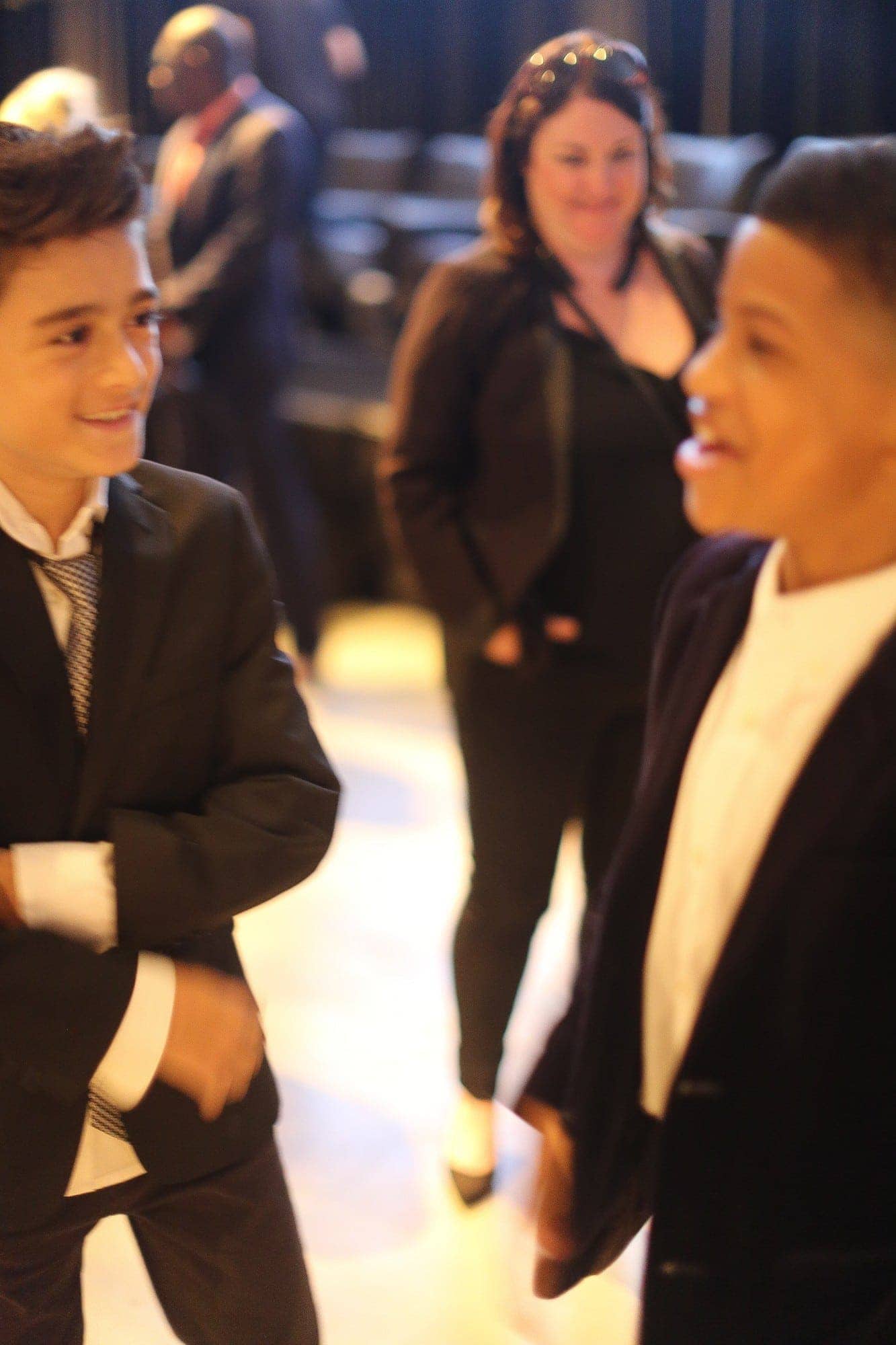 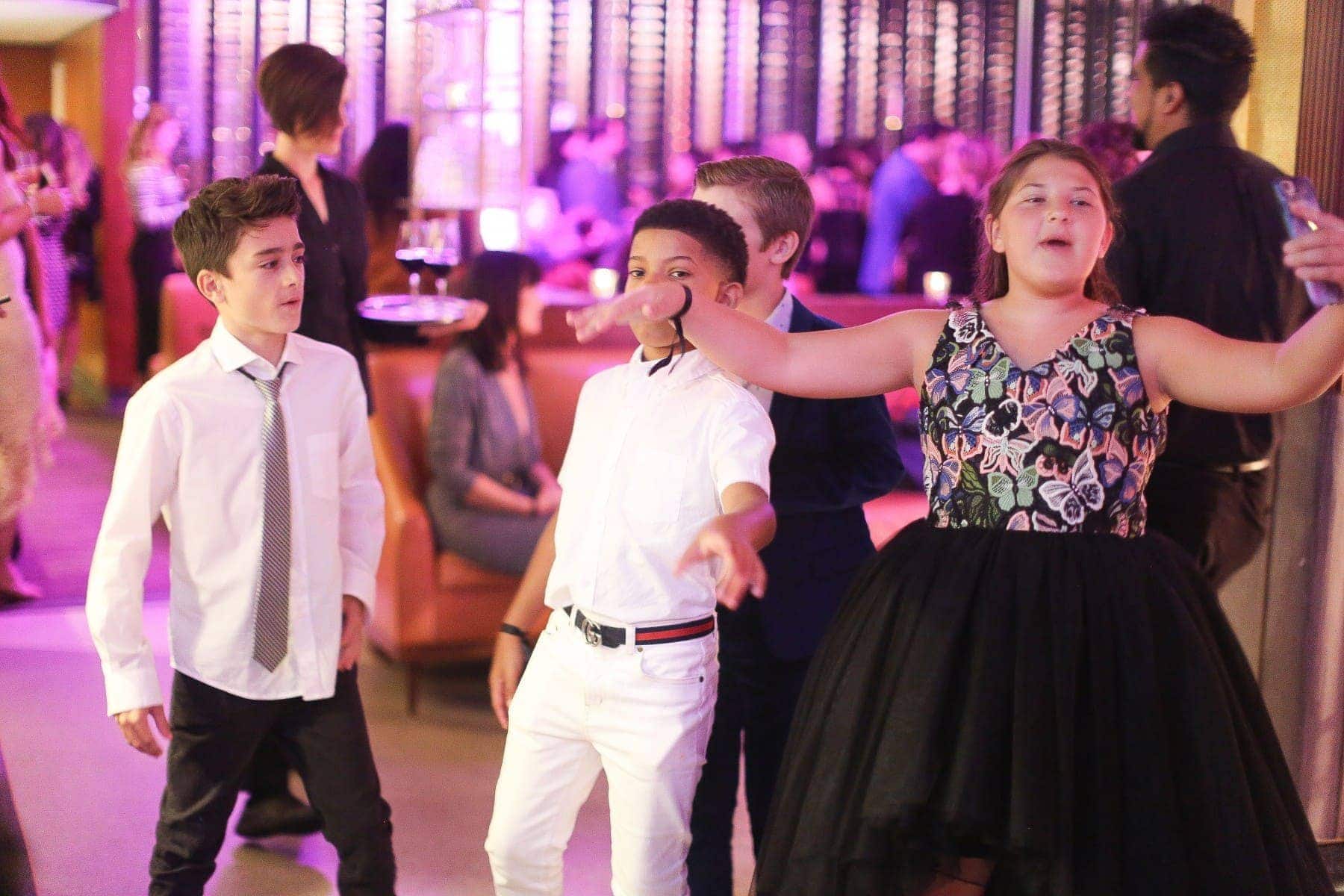 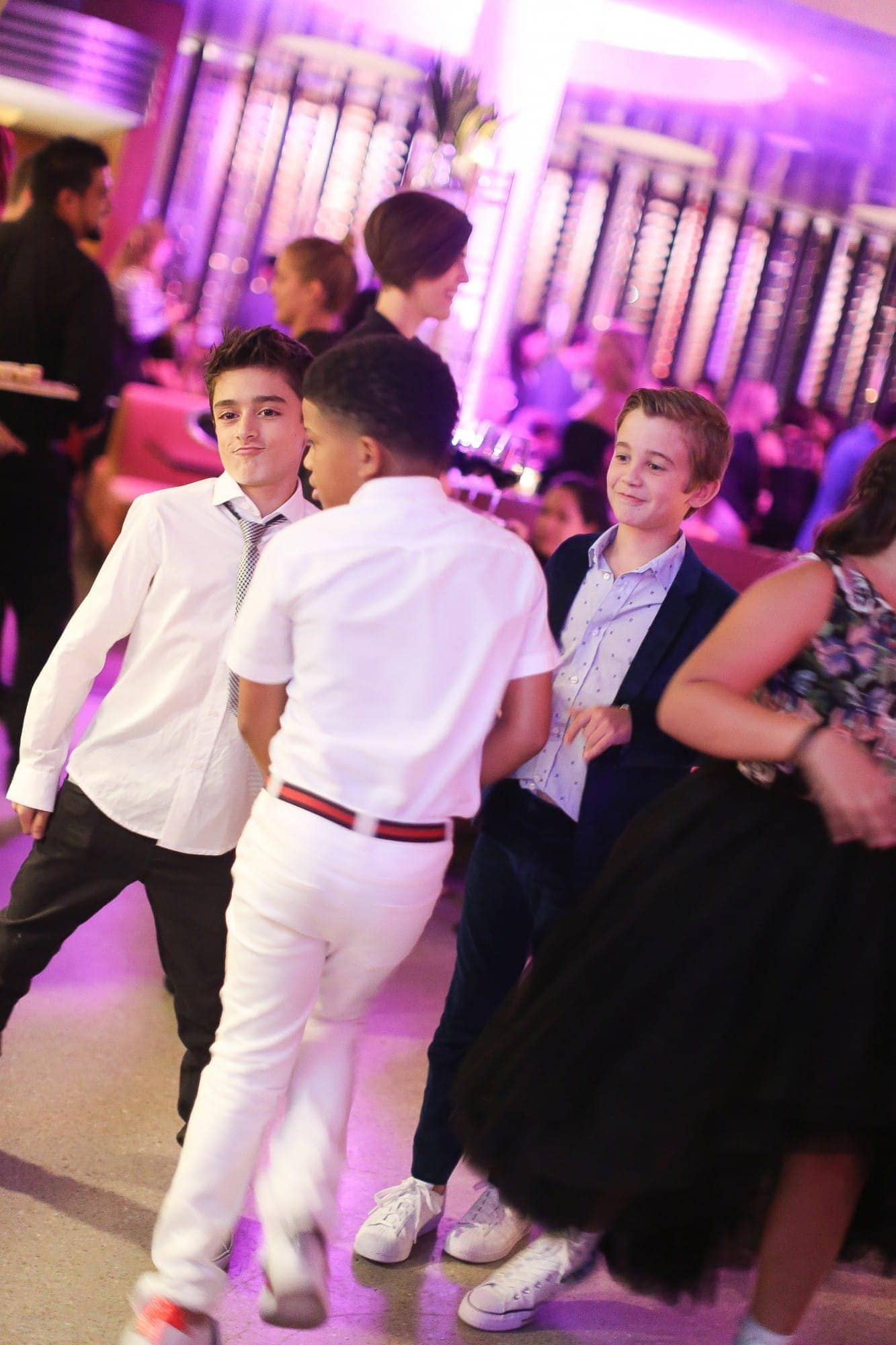 A Date to the Premiere

Ironically, his love of acting is what led to Jackson being my date to the “This is Us” premiere.

Earlier in the month, Jackson was cast in his first major role in what one would consider a “high-budget short film.” We got his schedule and discovered he would be filming in LA the same day as the “This Is Us” premiere. I don’t know who smiled wider … mom because she realized her handsome son would be her date that evening or Jackson who relished landing his first big role.

Filming was an amazing experience and as soon as it wrapped for the day, we dashed over to watch the screening and interact with this NBC dream team.

Jackson also got to hang with his friend Lonnie Chavis, who plays young Randall on the hit series. The two boys crossed paths last year and immediately connected and despite Lonnie’s success, they are just kids being kids. When these two see each other, they truly have a blast, especially at Tuesday’s premiere and after party! 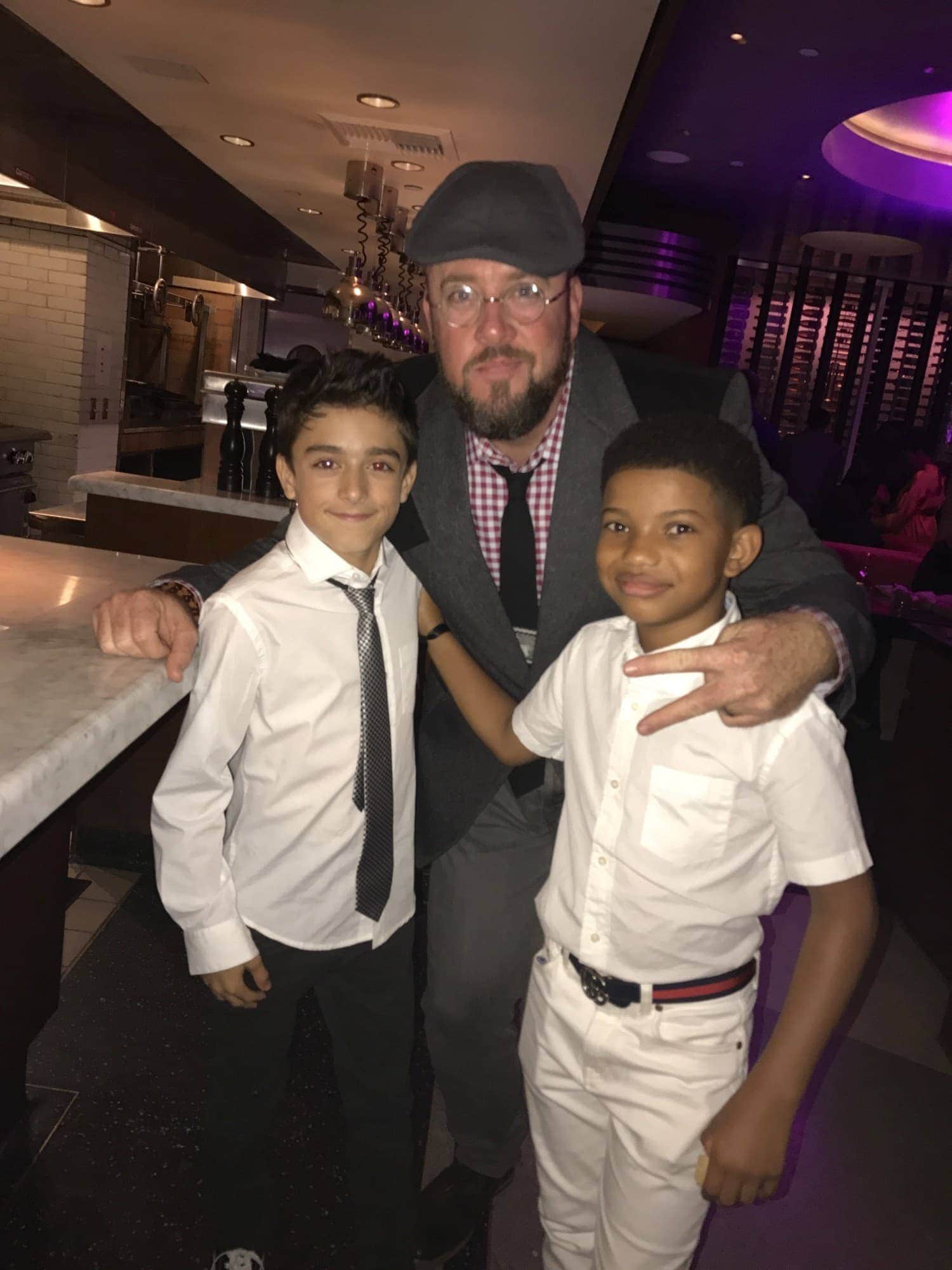 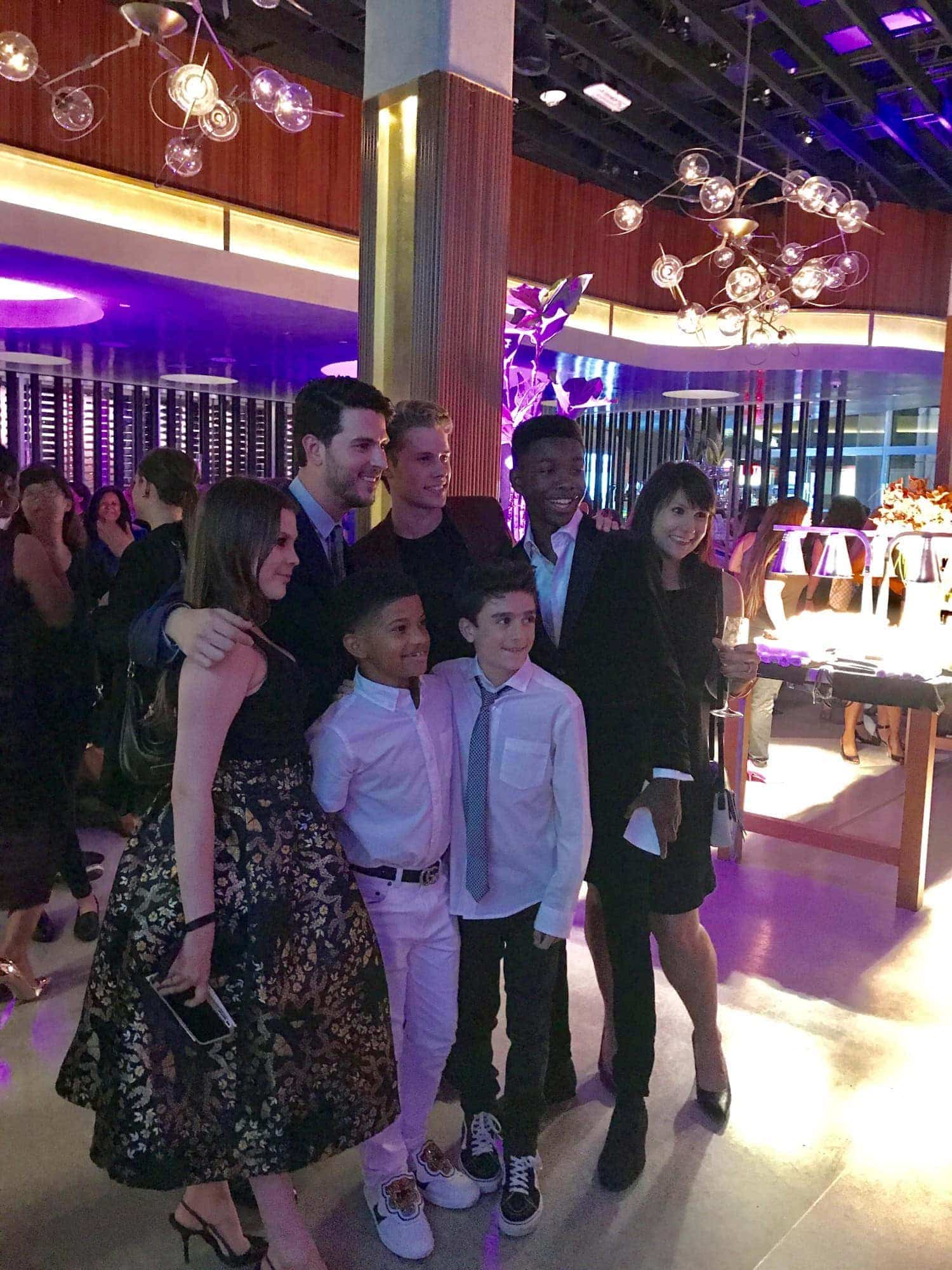 As a fan of the show, the premiere was spectacular. It’s surreal being able to watch it with the cast by your side. After the episode aired there was a brief Q&A. At one point the cast members were each asked what character most intrigues them this season, Brown told us to look out for Kevin, played by Justin Hartley. “Justin SLAYS it,” he said, and this is the season where Kevin shines. Teaser: Kevin hones in on his comedic side giving us quite the laughs we all so need.

I have never met such nice folks in all my life. What you see on TV, you see in reality. They are genuinely grateful for the experience and always give the fans time for a quick photo and a few questions. 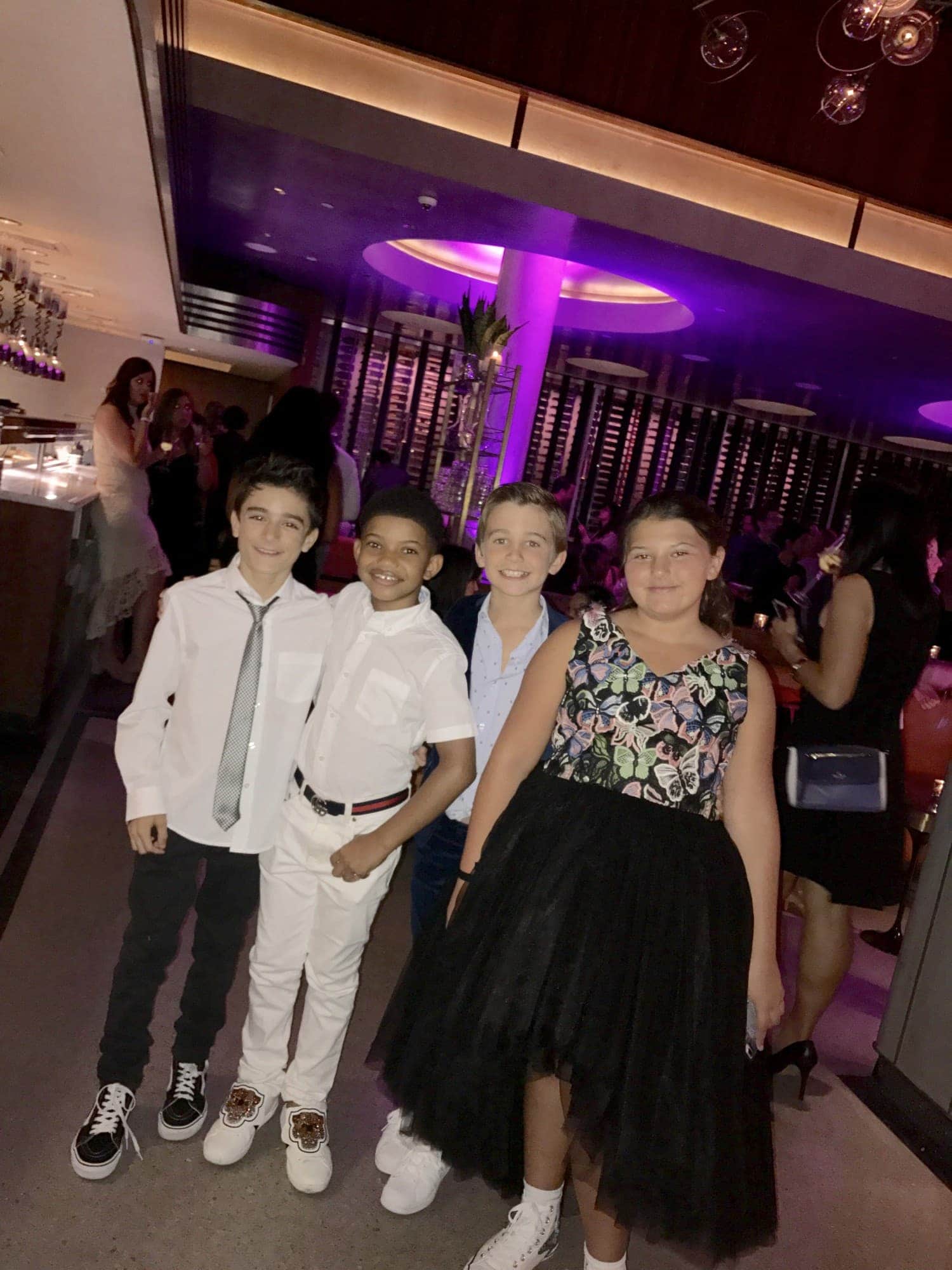 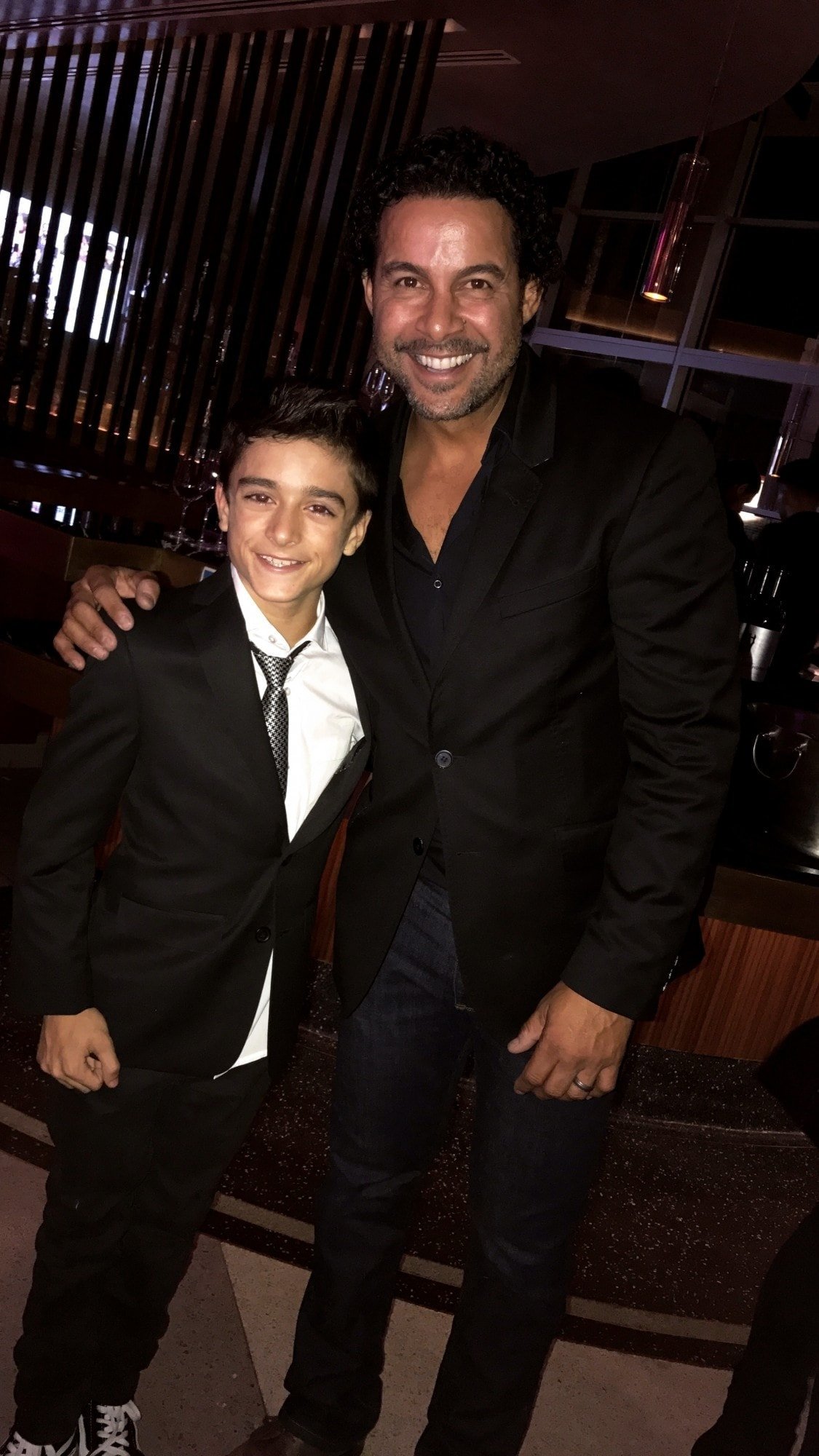 It can be easy to forget what kind of powerful influence I have with my son, so I try to stay conscious of my impact. If my son believes he is amazing, he WILL be amazing. While he’s still in these pre-teen years I feel it’s important to teach him to love himself, both mentally and physically, and that he’ll be able to do anything he wants in this world.

We can invent and reinvent ourselves repeatedly. It’s the beauty of being alive and living in a country with so much opportunity. Just like the characters on “This Is Us,” I too cast a very wide range of options with the goal of enabling my children to discover their own passions. Of course, I’m always at their side, creating that special bond that all parents crave. Now that Jackson is ten, building his confidence by helping him pursue his dreams is the recipe for the perfect parent/son experience.

Our Jackson is finding his path and all Bobby and I can do is be the bridge to get him there, instead of the road map pointing him in one direction. “This Is Us” allows us to see our own faults and triumphs through the amazing characters portrayed on the show. Get your tissues ready because like Milo Ventimiglia said Tuesday night, “this season is really going to surprise people, GET READY.” 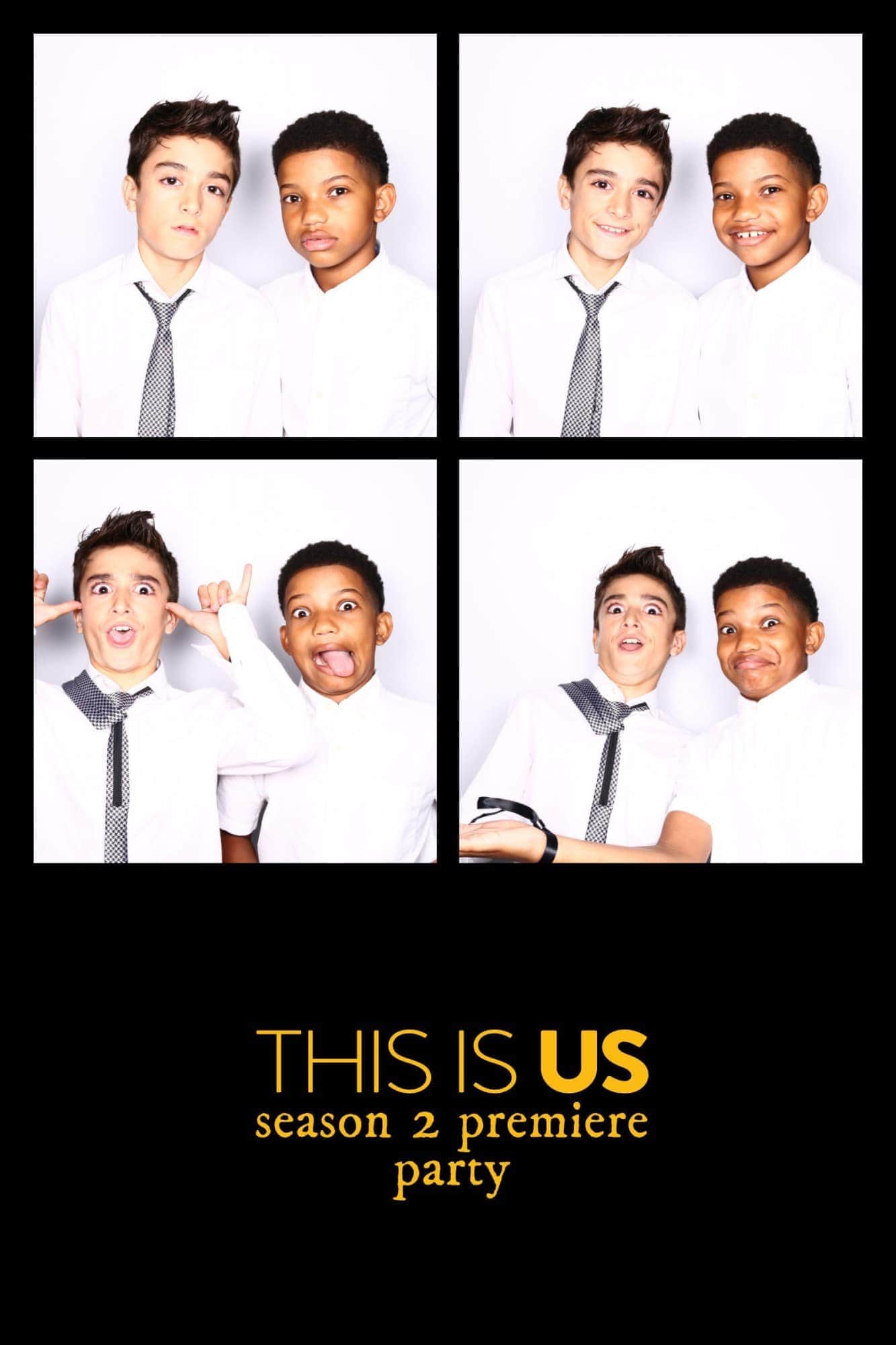 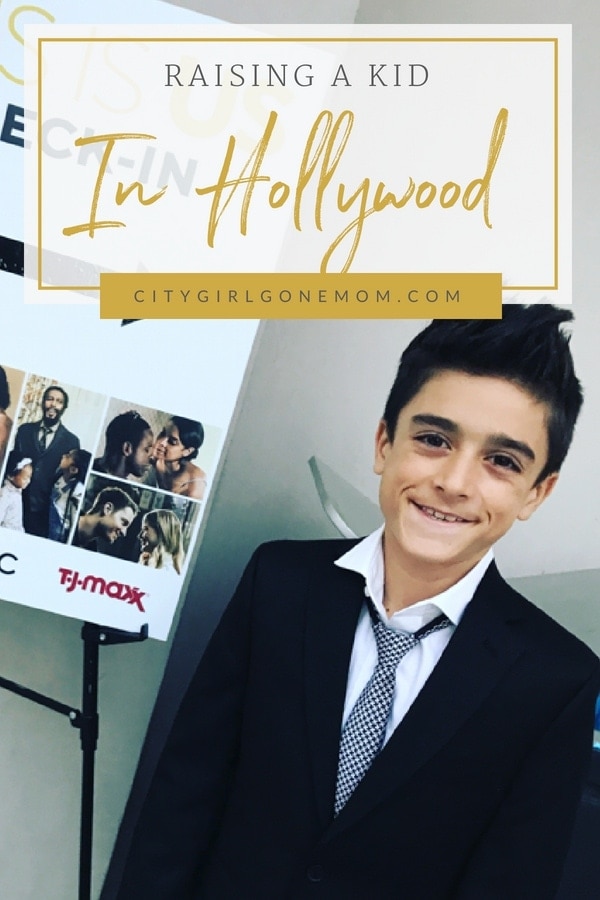 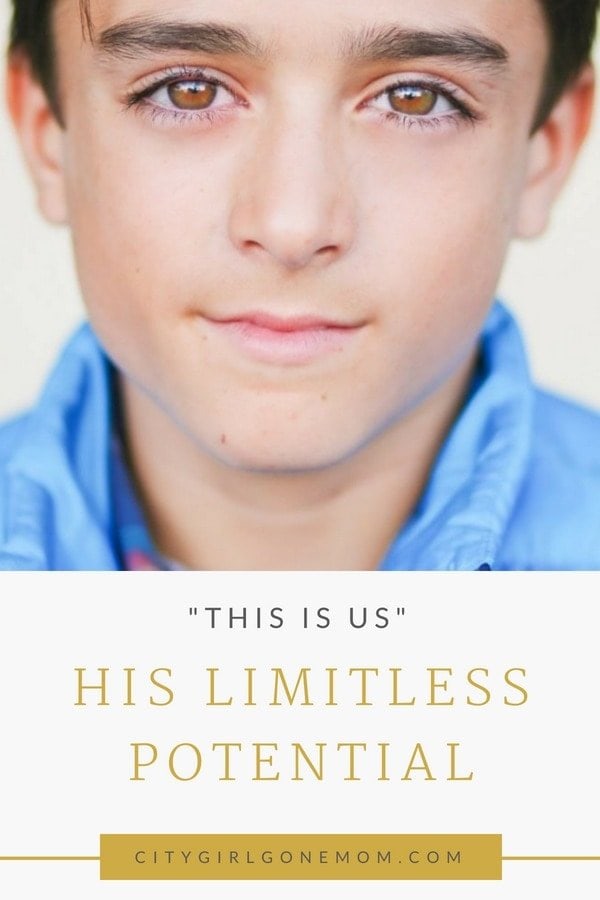 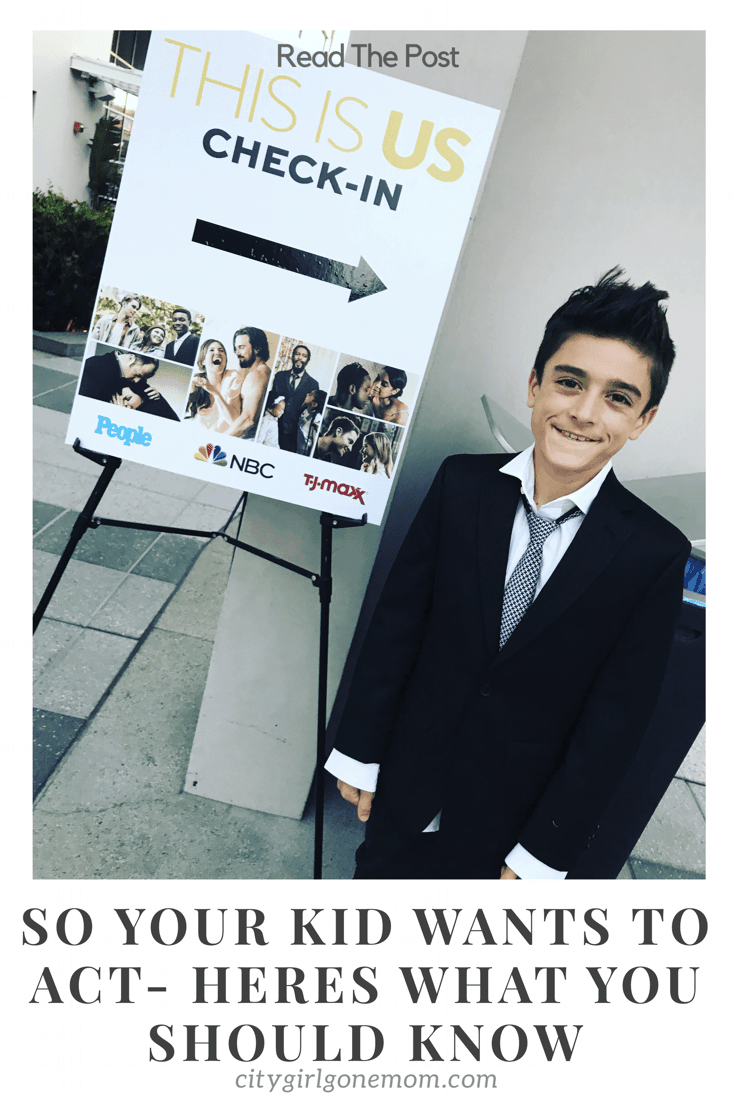 Tags this is us season two

7 thoughts on “Engaging His Limitless Potential – “This is Us””