Natashia Blach, actress on The Vampire Diaries and American Idol contestant, joins us again! With seven kids between them, Danielle and Nikki, are in the car a lot. How is it that these kids’ activities have taken over their lives? Different schools, sports, dance, entertainment, travel teams and more. How is it possible to put 30,000 miles on your car while working from home? Learn some solutions for sanity during all this chaos.

Between Danielle and Nikki, they have to get their kids to soccer, lacrosse, football, dance, cheer, theater, auditions, multiple schools, and more. Nikki’s kids are at three different schools; elementary, middle, and high school. Danielle’s are at two, with a baby at home. They both have children who work in the entertainment industry in Los Angeles, so imagine getting an email at 9 PM saying you have to be at an audition the next afternoon. Hectic!

Social lives become nonexistent; never making it to the gym and finding that “me” time hard to achieve. The activities are ruining our lives! Maybe not that extreme, but it’s not easy. However we both agree that the activities are important. They teach valuable life lessons and they keep a child engaged and out of trouble. Danielle’s cousin warned her and said: “Just wait for the sports to start!” Boy was she right. It is never-ending. A clone would be nice, that way she could be at all different events, and different places, at different times.

Not Enough Hours In A Day

Nikki’s oldest is almost 15. She does professional acting and theater and was just in a 2.5 month, 50 show stint of How the Grinch Stole Christmas. The theater is about 30 minutes to an hour away depending on traffic. Her 13-year-old does competitive cheer and practices out of a gym that is around 30 minutes away 4-5 times per week. The team also travels between the months of October to May, as far away as Vegas, Dallas, and Orlando. Her son is 9 and he’s doing competitive travel soccer and rec lacrosse. With all that going on Nikki finds herself having to decline playdates as well as sunset dinners. The time for that just does not exist. Nikki put 30,000 miles on her car last year alone!

Danielle’s oldest is 10 and does competitive, traveling lacrosse. Her husband signed him up for it and the traveling part has not started yet. Danielle mentions if she knew about the traveling, it wouldn’t have been an option. He is also an avid runner and involved the young hollywood scene. He is trying out for major tv shows and they’re constantly going to LA. That drive alone can be between two to six hours one way. Dylan dances two days a week and Roman is on the T ball team and “baby on the grow” is all over the place.

Sometimes we find when it comes to activities, the parent is the one who pushes it onto their child. It is almost as if the parent is living vicariously through their child. Kids need to be active and it is great to be involved. But, private lessons five times a week is a bit much. If they are really passionate about it and that is what THEY want, go for it! But if they’re not really into it and you’re finding that it has become more about you than them, then it is time to pull the reigns in just a bit.

It is sometimes easy to differentiate those types of parents, like when you’re at a sporting event, and they all of a sudden become the coach. They’re screaming on the sidelines or judging every other kid. Danielle has seen parents screaming at their kids to “Do better! You can do better than that!” And she could not believe it! What happened to having fun and just giving the simple pep talk? The kids do not need that confusion on the field.

Danielle has had her kids dabble in the modeling industry. She wonders if sometimes she is pushing something on them that she likes and wonders if they really have any interest in it. She is constantly asking, regarding anything, if the child actually wants to partake in the activity at hand. Dylan, her daughter, was modeling for a year and was doing well. Then one day, they went up to LA, Dylan turned to Danielle and told her she didn’t want to do it anymore. She wanted to just dance.

It’s important to let these kids experience all types of paths and activities. Exposing them to all sorts of things will help them decided what they are really interested. It’s not always about them giving up. It is about not pushing them into something they have no interest in and helping them discover something that puts the sparkle in their eye.

Multi-talented Natashia Blach, author of Mind Over Model,  joins us in the studio again. Her kids are very into sports. They have their own things going on, and as a parent you just have to clue into what makes each one excited. One of her sons was offered a lead roll in a Disney movie, but turned it down because he just had no interest, and she was not going to force it on him. Sometimes if a child has a gift for something, it is ok to give them a little push in the right direction but they don’t need to be uprooted from doing what they’re really passionate about in that moment. Exposure is an important part of paving their way through.

She talks to us about how it is important to let the child dictate their own path but also be there when it is time to quit. But when is that time? It depends. When you see them lagging and not showing any interest anymore or they don’t mesh with the circumstances, it is ok to give them the green light and let them stop at their own will. You don’t want to set them up for failure and think it is ok to let them quit everything they commit to but you also don’t want them to be miserable. It is a case-by-case situation. Every moment is a teachable moment, whether they run the course or quit.

Juggling everyone and everything is hard. Listening to your children and understanding what they want and don’t want is important. Finding balance through the chaos can be hard. Stay checked in with your family, keep a routine, and find that happy chaotic medium. Nothing is forever, so try to live in the moment. Everything is an opportunity, but if it stops being fun, don’t do it. On today’s show, we talk about how to find solutions on not letting these activities rule and ruin your life and you don’t want to miss them. Put your family first and balance the “me” time you deserve. Leave a comment below and clue us in on some of the balancing acts going on in your life! 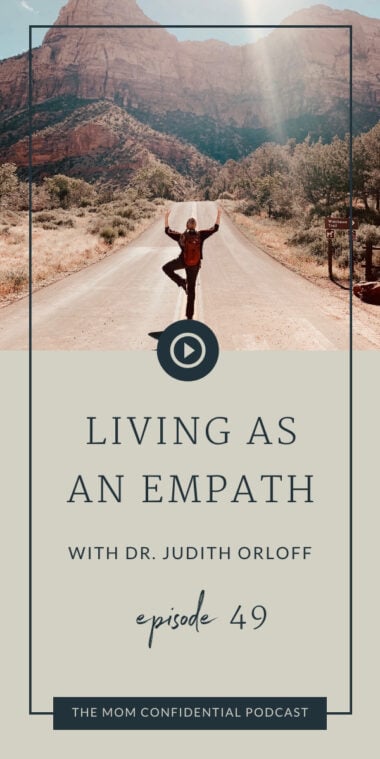